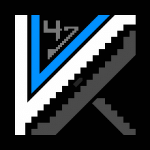 VaidX47 (VaiDuX461, before late 2013) or simply known as Vaid (EN pron. "wide", but people still call as "wade"), is a still active Re-Volt community member from Lithuania, joined in Summer 2011. He is one of the administrators in the Re-Volt Discord server and The Re-Volt Hideout forum. Also moderates and approves tracks at Re-Volt Zone (previously RVZT, since early 2013).

Was a frequent visitor, an online, RVR B3L racer at RVHouse (2011 ~ 2013, 2014), participated in some community online competitions (like RVR's R-League). Later became a moderator of Our Revolt Pub forum (in 2015), then administrator after it got converted to Tapatalk. He released two Extreme tracks, one LMS arena and converted both Acclaim Set tracks that were exclusive to the Playstation version of the game to PC.

As of 2017, he's mostly active in the Re-Volt Discord server and patiently following further RVGL development.

Two other projects: Lego/Extreme "Hood" style hybrid and Toys in the Hood prm kit based track (both started in 2011) were ultimately cancelled in 2013 due to poor layout construction. Source files still exist, in private.

Starting from late 2012 to mid 2013, he manually repacked RVZT tracks (around 500 .zip archives were checked and 350 of them got fixed). This action helped him to become a Track Moderator at RVZT. As of 2016, most of those repacks are still not yet integrated in Revolt Zone and the site still use old archive versions, for unknown reasons.

Retrieved from "https://revolt.fandom.com/wiki/User:VaiDuX461?oldid=16707"
Community content is available under CC-BY-SA unless otherwise noted.