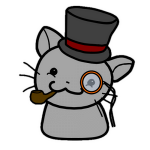 One of the founding administrators of the Discord server and The Re-Volt Hideout, and organizer of the online races on Re-Volt I/O.

A multitude of collections that, for the most part, are meant to complement Re-Volt with thematically appropriate custom content, along with improving said content. Used mainly but not exclusively for the official I/O online races. More information available here.

A team project with the main goal of converting and improving racetracks from Lego Racers to Re-Volt. As additional goals, it is planned to also model the cars from scratch or with LDraw, and potentially extend the project to Lego Racers 2 and original content. Currently, the project is on hiatus due to lack of time from its team members, but progress might resume over the course of summer.

An old idea that involves combining all Re-Volt stock tracks into one marathon track. Although the project has been initiated on the Re-Volt Workshop in 2017, only very little planning has been done so far, and the project is currently on indefinite hiatus.

Retrieved from "https://revolt.fandom.com/wiki/User:Sir_Pongus?oldid=18263"
Community content is available under CC-BY-SA unless otherwise noted.