The Humma is a Glow-powered car with a 4WD drivetrain, classified under the Pro class. Running at 39 mph (64 kph), Humma possesses well-rounded top speed, being on par with the popular Toyeca. It also boasts the standard weight of 2 kilograms, which is relatively the same as most of the cars in its class.

However, despite having great stats in both top speed and acceleration, the potential of Humma is excessively impaired because of its abysmal grip. The vehicle has a very high tendency to slide when turning, even at small jolts of steering, causing the car to fishtail and slide out of control. Countersteering with the Humma is extremely difficult due to the poor friction between the tyres and the ground. The stability problems are quite extreme that it is highly difficult to control properly, which is exasperated from the car being in such a high-paced and energetic game. Its grip issues are compartiviely of those to Pest Control, however Humma differs from the fact that it has a managable turning radius.

In conclusion, Humma has very appealing stats in all of top speed, accerlation, turning radius, and weight, but these advanatages are heavily negated due to the glaring flaw of its grip. Using an analog controller or steering wheel helps, as they have the flexible ability to control the degree of steering. 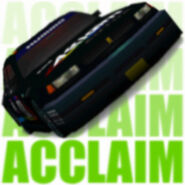 Retrieved from "https://revolt.fandom.com/wiki/Humma?oldid=10706"
Community content is available under CC-BY-SA unless otherwise noted.